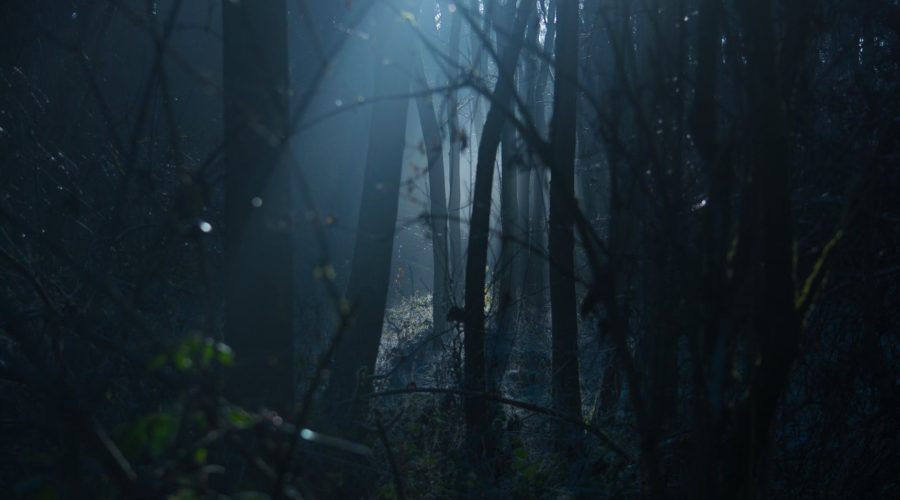 The first scary movie I ever saw was Child’s Play. I remember waking up from an evening nap on my step-father’s couch as an adolescent. I rubbed my eyes, & immediately heard a woman yelling at a kid’s doll. Then, before I could sit up on the couch, the doll yelled at her, cursed at her, and bit her- hard! I was probably five or six (much too young to watch a scary movie), so I did what anyone of that age would do. I started crying & ran outside, while barefoot, onto the gravel road in front of our trailer in search of my mom.

“It’s just a movie! Chucky isn’t real! It’s for fun, people like to get scared for fun. Like a rollercoaster.”

Much like a roller coaster, over the years Horror and I have had our ups and downs. It’s sad & frustrating not seeing yourself represented on TV. Then, if & when you finally are, you’re the first to die. The first to be sacrificed. Even made to be the bad guy despite having the least amount of screentime. I first started paying attention to my relationship with Horror when I was young and enthusiastically watched the Scary Movie series by the Wayans Brothers. Playing on the many horror tropes proved to be a slashing success (albeit most of their jokes relying on bigotry & stereotypes don’t hold up). That series taught me something valuable; Horror and comedy go hand-in-hand. Who doesn’t enjoy a bit of nervous laughter? But even in these movies, the white protagonists are centered. What I wouldn’t give to have a movie focusing on Brenda, one of the main Black characters on screen! These movies don’t withstand the test of time, but I like to think nostalgia paints a pretty picture in my mind.

I can remember seeing The Lazarus Effect in 2015. I was sixteen years old and a huge Donald Glover fan. I liked his comedy, I liked his music, and now he was going to be in a scary movie?! I was so excited! I was even going to the theatre to see the film, something I was always too poor to do until my Great Uncle took me in a year prior. I remember making jokes on my blog about how Mr. Glover was the only Black person in the film and if he died first I would walk out of the theatre. I thought, “Surely, in the year 2015, they wouldn’t kill the Black man first? Especially not a Black man who’s outspoken against racism in everything he’s done!” If you’ve already seen The Lazarus Effect I’m sure you sighed knowingly a few sentences ago. My jokes were suddenly in bad taste. The movie wasn’t fun anymore.

I’m now 22 years old at the time of writing this. Horror is much, much older than me. It was only recently in my life that I discovered Blaxploitation films, with further inquiry  within those films the sub-genre of Black Horror made, directed, and produced by Black Horror fans for Black Horror fans. Scream Blacula, Scream (1973). Blackenstein (1973). Dr. Black, Mr. Hyde (1976) . Black Devil Doll from Hell (1984). Def by Temptation (1990). The list goes on! I was happy to learn that Horror was in fact a genre for everybody, and racism wasn’t going to put a cap on collective Black creativity. It’s sad that not every Black Horror movie gets the screen time or praise it may deserve. It’s sad I didn’t hear about these movies until I found myself in my late teens and early twenties. For some reason Hollywood only likes to see Black People in pain. I found that apparent after Jordan Peele’s Get Out (2017) broke the box office and now, years later, people are still trying to use his film as a blueprint and attempting to catch lightning in a bottle, all while trying to tell a simple truth every Black person already knows: White people can be scary. The idea of more white villains committing hate crimes and torturing Black main characters became thrilling to white America. In universes where we can transcend the rules of life and death, use magic, and fight supernatural monsters I always found it sad we couldn’t transcend racism.

My relationship with Horror is complicated.