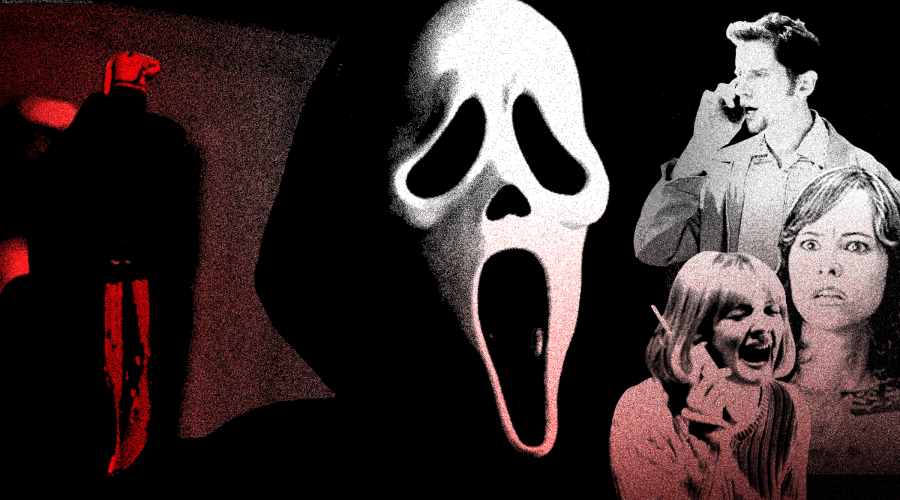 Slasher franchises don’t always have the deepest of messages. There are some that are deliberately campy and fun. And there’s nothing wrong with simply enjoying some mindless entertainment. Want to watch an old-school style slasher like Hatchet? Go ahead! Even the slasher franchises like Halloween have their own Halloween: Resurrection (2002), aka movies that aren’t remotely as thought-provoking. The Scream franchise however is packed with social issues and at least attempts to engage with the commentary.

Scream 5 is gracing us in January 2022 and it’s amazing to get a Scream movie that was birthed in this decade. Especially since there’s no doubt current social issues will be tied in. And the teens are much more diverse this time around. But as far as the first 4 films are concerned, there’s still much to talk about before Scream 5 gets here. Below is what I’ve come to take/get from them.

Not all of us had the pleasure to watch Scream when it first came out. But at this point most horror fans have seen it. The movie breathed new life into the horror genre. And we owe a lot to Kevin Williamson and the late Wes Craven for their contributions to horror.

Scream isn’t just your run-of-the-mill slasher. It’s not a relatively unloved Friday the 13th film (Jason Goes to Hell, anyone?) or your least favorite in the Saw franchise. No, Scream is incredibly meta. The movie pokes fun at horror (not in a disrespectful way though) and also explores how horror affects regular life.

Billy (Skeet Ulrich) and Stu (Matthew Lillard) are intense examples of glorifying ultra-violence. They truly do take their love for scary movies too far. Especially considering how they messed with Sidney (Neve Campbell)’s life, all for reasons that had nothing to do with her. Which is classic white male anger.

Another aspect to Scream that isn’t as discussed is Gale Weathers (Courteney Cox) as a character. Her cutthroat behavior wouldn’t be seen the same if she were a man. While she is a white woman, thus giving her privilege, she does scrap to be the best. Gale’s persistence would be deemed as admirable in a white man. Yet she’s labeled as a bitch throughout the movie. Something that’s intentional and gets the point across.

There are folks who prefer a good sequel over the original. And for those who do prefer Scream 2 over Scream, you’re not off base. The opening scene is rattling in a different way than Scream’s is. They are both iconic for their own reasons. With Scream 2 it’s showing the aftermath of glorifying real-life violence.

Instead of having Maureen (Jada Pinkett Smith) and Phil (Omar Epps) be a white couple going to the movies, they are a Black couple. Which isn’t ignored, in fact it’s woven within their dialogue up until their deaths. Their blackness isn’t forgotten about or used for diversity points. It’s obvious they are examples of Black  folks dying first or quickly in horror.

Obviously the affects of violence in cinema on real-life carries into this sequel. But Scream 2 also explores race a lot. From the opening scene, to Sidney’s roommate Hallie (Elise Neal) upholding the Black best friend trope, and Gale’s cameraman, Joel (Martin) representing Black individuals who wouldn’t stick around for the chaos. Everything feels and likely is deliberate.

Lastly there’s Mrs. Loomis who, in my opinion, represents people (in this case mothers) who excuse the violence committed by white cis men.

Without a doubt Scream 3 is the least liked in the franchise. It took on a more comedic tone (in response to the Columbine High School Massacre), went through many rewrites, and was written by Ehren Kruger instead of Williamson. Personally it doesn’t hold a candle to the other movies in the franchise. But there’s still a few things to unpack. None of which involve Courteney Cox’s bangs.

More of Maureen Prescott’s past comes into play in this film. Which reveals something sinister, tragic, and all too real about her life. Before she met Sidney’s dad, she was trying to make it as an actress. Ultimately leading to her being gang-raped at a Hollywood party and becoming pregnant as a result. Rather than raise the baby, she chose to leave everything behind.

Taking into account that Harvey Weinstein was executive producer of the Scream films, it’s interesting this was woven into the plot.

Of course Maureen’s son, Roman Bridger (Scott Foley) is full of white male rage directed at Sidney. All over the decisions their mother made. Even a movie like Scream 3 had a few things to say about Hollywood, abuse of power, and the aftermath of trauma.

Dismissing a sequel like Scream 4 isn’t doing anybody any favors. Denying one’s self of a horror character like Kirby (Hayden Panettiere) is silly. Not to mention Scream being set in (what was) a modern setting is incredibly enjoyable. Especially since technology and internet fame are huge components of our current culture.

Even the true opening scene of the movie nods at the girls who survive in horror movies. Ghostface tells victim, Jenny Randall (Aimee Teegarden): You’re the dumb blonde with the big tits, we’ll have some fun with you before you die. Jenny’s response isn’t that of air-headedness, instead she says: I have a 4.0 GPA and 135 IG,asshole. While Jenny does meet a grisly end and goes against the horror rules (running up the stairs instead of out the door), her brief exchange with Ghostface says a lot.

The rest of the movie takes on that typical self awareness. Everyone in the film settles into their tropes and it works. Though there’s a certain snake in the grass that ends up surprising Sidney. Cousin Jill (Emma Roberts) isn’t final girl material after all. She ends up being one of the killers because of her aggressive jealousy towards Sidney. Wanting some fame for herself and delivering iconic line: I don’t need friends, I need fans, we’re forced to see how desires to be famous can manifest like this.

Real life cases of people doing anything for internet fame and attention have persisted since 2011 too. There are Jill Roberts in the world that would do anything to be famous. 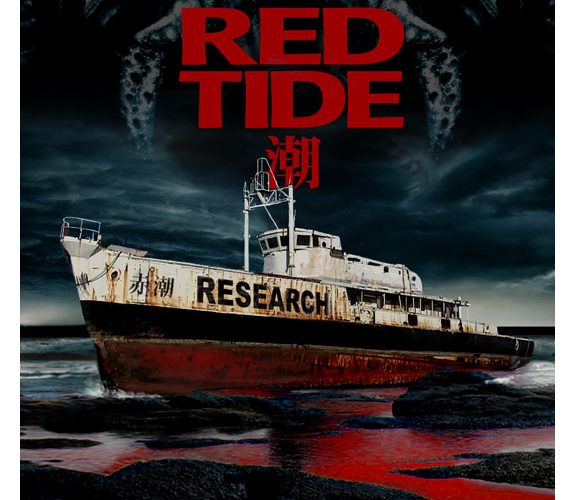 How Red Tide Could have been better, or something like that.

Now that American Horror Story Red Tide is wrapped up, and we all are searching for something to keep our minds off the train wreck that was Death Valley. I would like to propose an alternate for how Red Tide should have gone. As of now Red Tide Is it decent Horror Story about the dangers of the pursuit of greatness, or some contrived pretentious ******** like that. Now of course you’re reading this on Afro horror so you can probably guess but I’m about to propose some black ****, And as the great prophet OG Maco one said “***** you guessed it!”. Though I’m not just proposing make the main character black, I am asking for something a bit more interesting. Red tide should have been lowkey the Tyler Perry story.

In AHS:Red Tide we see the story of the Gardner’s, a lovely white family that is shaken to their core when the father Harry ( Finn Wittrock) is given a pill to unlock his talent but as with all American horror stories the price talent is too high for the entire family. Not to say that this wasn’t a good story but let’s be honest this is just limitless with vampires. Yes, the black version would still be limitless with vampires, but it would also have a meatier subplot due to the switch. When Harry is given the pills, he is apprehensive at first because he truly believes he doesn’t need them. The sell to a Black creator would be much more harrowing, not only would they have to consider the ultimate price of taking the pill, but they would also have to think about what that pill symbolizes for them. Right now, it just is a gateway to fame but with a Black creator it becomes a key into the White creative space. Watching a character come to terms with their humanity is cute but imagine if they were worried about their humanity and the fear of losing their culture as well.

Naturally the next storyline we look at is the wife, but since they decided to sideline her I guess we will too; moving on to the daughter then. Alma (Ryan Kiera Armstrong) is a violin prodigy who takes the pill to help with a seemingly hard piece of music, which at the moment is giving “I took Adderall to help me study” vibes. While I found Ryan to be great in the role I can’t help but wonder what it would be like to watch a young black child deciding to take the pill. Not just so they can finally play harder pieces but because they know that without that pill they might just end up another un-noticed Black musician because they don’t play societally acceptable music for a black musician. Feeling the sadness of them accepting the price of the pill because they have watched their talented father struggle in a similar way.

Finally we get to the Mother, which seems messed up but hey that’s how they decided to do her in the series. Doris (Lilly Rabe) is sadly given the chore of stumbling around confused and worried that A) Things aren’t going well for her business, and B) Things aren’t going well at home. Lily is such a great actress it’s lowkey a crime the way they played her this go around. Steamrolling past how they set her up to be a non-talented shrew whose fate is sealed because she just wanted a connection with her family. (who said all that) Anywhozzle, Now there are two ways we could go here we could keep her white and the story becomes about the White wife of a Black creator watching them lose their humanity and culture while skyrocketing to fame, or if we make her Black it’s the same but now with the added element of “will this ungrateful negro leave me for a white girl”. Just sayin we got options BABY!

Oh no it seems that in my ranting I have forgotten all about the baby. I haven’t. Switching up the family just allows the Chemist (Angelica Ross) to move in the world easier with a black baby so there are no questions to slow her mission down. I know that was a lot to throw out there especially for a seemingly decent season of AHS but let’s face it, it could have been better. Also knowing how Ryan Murphy operates, It could have been much worse. If you have any other ideas to add, or think that I missed something important out of this drop a comment below. And please if you find yourself reading this and you start to feel a bit uncomfortable just remember :